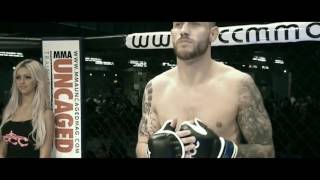 While 11 men in pristine white shirts and socks pretend they're hurt in France, here in the UK, 24 men in gloves and gum shields will pretend they're not. Saturday - June 18th - FCC 16: The Best of British. Tickets available NOW #fcc16 #ukmma #MickBowman #CharlieLeary #aaronaby #andyyoung #ukpromotions #fullcontactcontender

Some exciting news has broken over at FCC HQ as our FCC16 Main Event has been confirmed. Ed Arthur is set to take on Jordan 'Handsome' Desborough for the FCC British Bantamweight Title. Arthur (7-1) signed for FCC less than a week after an impressive TKO win against Cameron Else on BAMMA 25. Arthur has been granted a one-fight release from his BAMMA contract in order to fight Desborough. Desborough (10-4) a familiar fixture to the FCC roster, is undoubtedly on a roll after ma

Last night saw the latest instalment of high-octane mixed martial arts competition as we showcased our first event of 2016, FCC15. The card, which culminated in a double main event, featured an array of amateur and professional talent and the fans in attendance were treated to an action-packed evening. Top of the bill was a lightweight clash between Cannock’s Tim Wilde and Scotland’s Martin Delaney in a contest to determine the FCC European champion, and it was Wilde who emer

The moment fight fans have been waiting for; here is the much anticipated full fight footage of FCC14's Fight of The Night! Tobias 'The Development' Reid VS Ashley 'The Beast' Reece Need we say more? Sit back, relax, and enjoy. #MMAnews #UKMMA #UKPROMOTIONS #FCC14 #TobiasReid #AshleyReece #Fightofthenight #splitdecision #fullfightvideo #FULLCONTACTCONTENDER

Phew! Just got back from what was an amazing show at FCC14, the fights were out of this world. We can't thank all the fighters and coaches enough; they have worked for months preparing for the event and they should all be extremely proud! Win, lose or draw they leave everything they have in that cage and it really was a thrilling night of fights! Big shout out to all our fantastic sponsors, the Macron Stadium and Bolton Whites Hotel staff for their continued support. Virus Pe

With just over a week to go we have announced a late change to the main card for FCC14. Next Generation, Liverpool stand out Paddy “The Baddy” Pimblett has withdrawn from his European Featherweight title defence against Teddy Violet due to an undisclosed illness. The Frenchman was offered a replacement in the form of Pimblett’s teamate Chris Fishgold at 155lbs but this was declined by Violet’s team. Despite the best efforts of the FCC team, Violet is now pulled from the card

You've probably heard the buzz by now, but FCC's own Jamie "Haymaker" Hay is set to compete on FCC 14 in his second ever amateur bout. Jamie Hay is probably more recognisable to FCC fans as show-runner, interviewer, social-media "celeb" and all round nuisance. He will now be adding another string to his bow by entertaining fans from inside the cage! Haymaker who has always trained at Blackledge MMA, stepped up his regime the past 9 months and even competed on our sister show

Heavyweight Title Rematch and Professional Debut of Amateur Champ Fallon to Feature. As well as FCC's Jamie Hay to Make Promotional Debut Full Contact Contender (FCC), is proud to announce additional bouts for our already stacked fourth birthday celebration on October 17th at Bolton's Macron Stadium. Chief among the additions are four Cage Warriors veterans, a heavyweight title rematch pitting Shaun 'The Caveman' Kenny against Paul Wadsworth and the professional debut of yet

FCC 13: BEHIND THE SCENES

You've been dazzled by the bright lights, witnessed the action, revelled in the highs and lows as your favourite FCC fighters graced the cage. Now let's take a walk behind the scenes. See the warm ups, the fighters, the coaches... This is FCC Backstage! #FCC13 #ukmma #MIGUELHARO #PADDYPIMBLETT #ukpromotions #MMA #MMAEVENTS #BOLTON #FCC #FULLCONTACTCONTENDER
1
2

FCC 31 is almost SOLD OUT